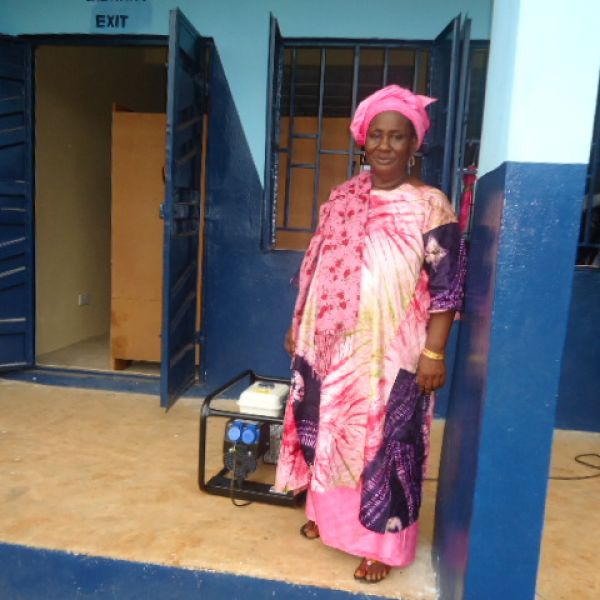 Kola Tree Community is in an area of Freetown that was devastated during Sierra Leone's civil war. Many girls were being forced into early marriages or becoming pregnant.

After the local school was destroyed during fighting, members of the Kola Tree Community feared for their daughters' futures. The community built a makeshift school, to provide their children with a safe place to continue their education. Unfortunately this was not to be; the volunteer teacher was shot and killed by rebel fighters.

After the war, Madam Fatu Sesay (a community leader) and other women continued to support the school. With the support from ActionAid Sierra Leone, they built six classrooms, an office space and separate toilets for boys and girls.

ActionAid also set up the 'Violence against Girls Club' at the school and works with the community to raise awareness about gender based violence.

In one of these activities the children of the new primary school performed a play called “Stop child trafficking, send your girl child to school”. It's about a girl brought to the city by her aunt. But instead of sending the girl to school, the aunt told the girl to sell food on the street. The girl beaten by her aunt, and sexually abused by men in the street. A council worker found the girl on the street, and the aunt was made to pay a fine. At the end of the play the girl was sent to school and emerged as the best pupil in her class for that academic year.

“Today is the happiest day of my life. For a very long time, we never had a school in this community. I burst into tears when ActionAid said they could fund the construction of the school. l am very proud that our children can now access free and quality education."

"Thank you ActionAid for the wonderful opportunity given to this community.”